When I was researching for my next book – Swansea in the Fifties – I came across some fantastic photographs which I was unable to use. In 1955 the film director Ken Russell took a series of photographs of a group of Teddy Girls. They were published at the time but were subsequently lost, considered destroyed, until they were rediscovered fifty years later. The collection is called The Last of the Teddy Girls. Here is an example. Wonderful! 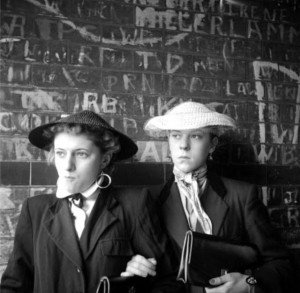 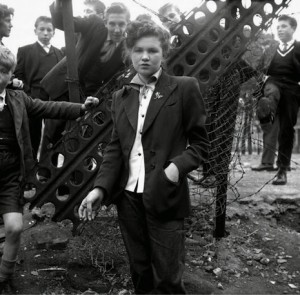