My piece in the July Edition of Welsh Country Magazine is about Daniel Thomas a mine owner from Porth. He was renowned for his bravery as a rescue worker in colliery accidents – of which of course there were many. He died in 1880 in a rescue attempt following an explosion at the Naval Steam Coal Colliery in Penygraig. There is a memorial to him in the cemetery at Trealaw.

Welsh Country Magazine is available in over 780 outlets including Sainsbury’s, Marks and Spencer and Waitrose. 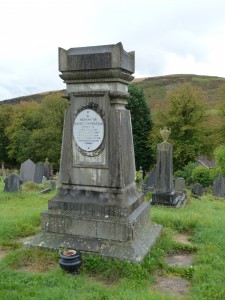