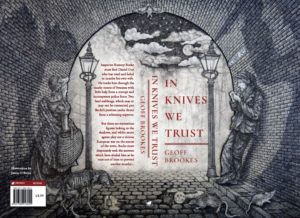 Daniel Guy shot his wife Mary three times with a revolver but failed to kill her. He is still in Swansea but no one knows where. Inspector Bucke and his constables have to find him…

An Extract from Chapter 4 of In Knives We Trust