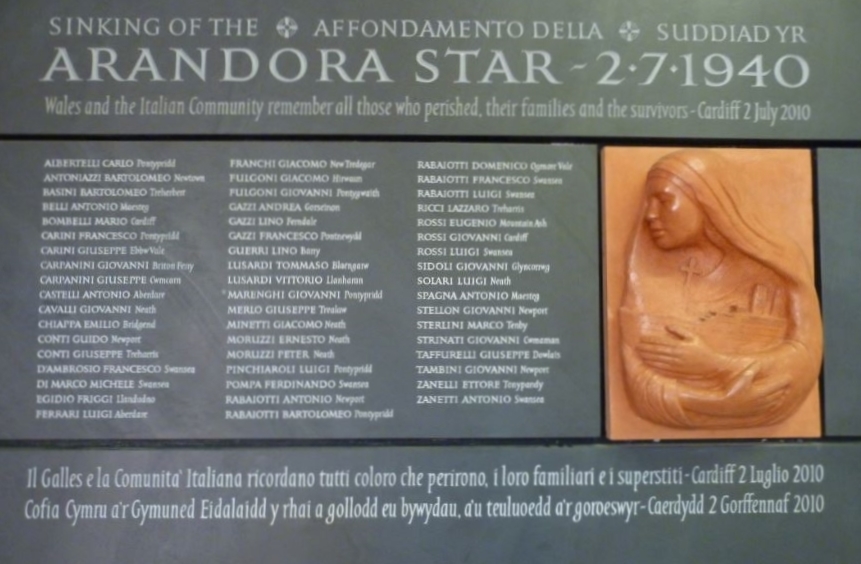 We have had such a busy summer that I failed to post this! I wrote it and then never managed to put it on the website.  I had to do it though, because it is such an important story and one that we shouldn’t forget.
My article in the July edition of Welsh Country Magazine  examines the tragedy of the Arandora Star which sank on the 2 July 1940 with the loss of 800 men. Considered to be a threat to national security at the outbreak of war, all males from Italian families between the ages of 18 and 70 were indiscriminately detained and sent to internment camps. This had a particular effect on members of the Italian Community in South Wales. Many were arrested, even though they might have sons fighting in the British forces. They were put on a cruise liner, the Arandora Star, to be taken to Canada. But the vessel was incorrectly painted, lacking a Red Cross, and sunk by a torpedo from a U Boat in the North Atlantic which believed that it was a legitimate target. Any survivors rescued were taken back to Scotland and then put on another ship and taken to Australia. It is a shocking story.
There is a memorial to the men lost in the Metropolitan Cathedral in Cardiff.
If you would like to see a copy of the article, then let me know and I will send one to you.