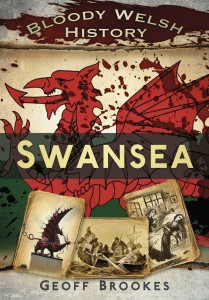 Bloody Welsh History – Swansea was published by the History Press in August 2012.  It is a one- volume history of Swansea, presenting interesting scenes and equally odd characters from our past. Many of the stories have been previously unpublished.

Of course it is impossible to explore all aspects of Swansea’s  distinguished history in one volume so the book concentrates on significant – and sometimes odder – moments. 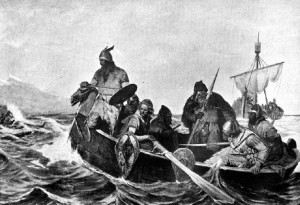 Swansea was never involved in great historical events, generally because it is so far west and so far away from the centre of power. But that is a strength and part of the story that I try to tell. Swansea’s history is unusual and in many cases unknown. For example there may have been a Tsunami in 1607. The precise cause is the subject of considerable speculation – it may indeed have been a tsunami –or alternatively a storm surge – but something reshaped the coast line completely. This was the second of the four turning points in Swansea’s history. The first was the arrival of the Normans who came and conquered – or so they thought – and ended a way of life. After the tsunami industry came and made a handful of people very rich consigning thousands more to squalor and disease. Then the German bombers came to obliterate it all. Today we still live in those shadows. And Swansea is a place of forgotten battles, the memory of them lying beneath the roads we use and in the names we use –like Cadle and Killay. Ancient battles at Llewitha and at Garngoch shaped our world. And we have forgotten about them.

In the nineteenth century it was dangerous and edgy, a place where desperate sailors spilled ashore into the embrace of the desperate poor, eager for the money they brought with them. Drinking, quarrelling, fighting, always fighting. They had arrived in the lower Swansea Valley, the place of the greatest industrial pollution in Europe. The copper industry was sustained by coal and water, of which there was an abundance. It took four tons of coal to smelt one ton of copper, so it made sense to bring the copper here. But it left its mark. Swansea was a poisonous moonscape and people were drawn here to live their lives amongst it all. 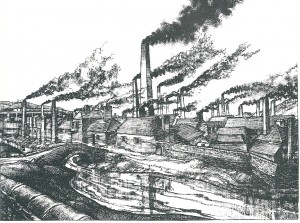 It is the industry that people remember. Our ancestors arrived from all over the world in search of work. Swansea grew far too quickly, soon outstripping its ability to cope. It was insanitary and squalid, a breeding ground for disease. The slums were appalling. The heart of Swansea relocated, from the green prosperity of the West to the copper waste and the slag of the East. The earlier – and unusual –ambition for Swansea to become the Brighton of Wales was destroyed just as surely as the badly aimed German bombs would later flatten the town centre. But it is the people who have always made Swansea what it is. Wild untamed people who made it a place of strange and unusual tales. Shipwrecks, smuggling, sudden death. These were the people who stole the treasure of Edward II and distributed it amongst themselves so that it was never seen again. 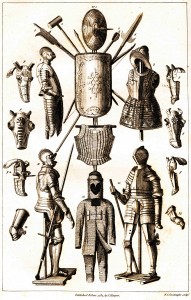 In many ways Swansea has always been a frontier town. Where the Welsh confronted the Normans, where agriculture met industry, where Wales faced the rest of the world. A place where languages and culture met. These interactions have shaped our past. It was named by the Vikings, fortified by the Normans, burnt by the Welsh and assaulted by nature. Now it is ours. You can read all about it in my book Bloody Welsh History Swansea

Here is a link to the book on the Amazon website, where it is still for sale and may be previewed

Click here to go to the How to Buy Page where you can buy any of my local history books using Paypal. We also take credit and debit cards.

Click here to read some unusual stories from nineteenth century Swansea. This page will open in a new window.