Here is a easy way to remember the planets: 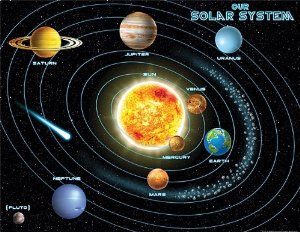 Mercury : Is the smallest planet in our solar system
Venus : Is known as Earth’s sister
Earth : Is the only planet with life on it 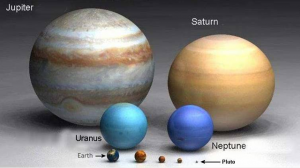 Mars : Has red/orange sand on it
Jupiter : Is the biggest planet in our solar system
Saturn : Has seven main rings of rock and ice
Uranus : Is the second to last planet
Neptune : Is the coldest planet
Pluto : Was a real planet but now is a dwarf planet

Did you know :
Even though Mercury is closer to the sun Venus is hotter because of the green house effect.