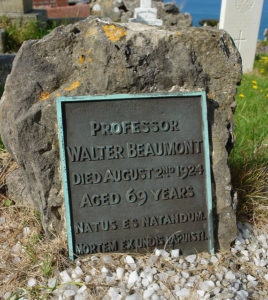 My article in the March editio of Welsh Country Magazine is about ‘Professor’ Walter Beaumont the Man Fish, Llandudno’s finest. He was a professional swimmer, lifeguard and showman, touring the world doing tricks on stage in a crystal glass tank. He would stay underwater for over three minutes, playing cards, drinking a bottle of milk or picking up forty coins from the bottom of the tank and storing them in his mouth. Unmissable entertainment. When he retired from the stage he returned to Llandudno and every afternoon he and his daughter would throw themselves from the pier to give an exhibition of ‘ornamental swimming.’ Walter also challenged visiting holidaymakers to underwater apple peeling competitions. He always won. He died in 1924 after catching a chill 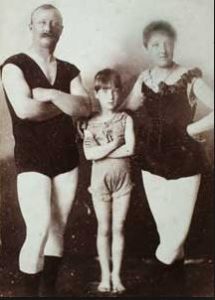 . He  is buried on the Great Orme.
The article is illustrated by Charlotte Wood.
Welsh Country Magazine is available in newsagents and supermarkets. £2.95