The January 2017 edition of Welsh Country Magazine is now available in newsagents, supermarkets (and Marks and Spencer) across Wales, price £2.95.
I write this time about the strange eccentric Richard Jones from the Llyn Peninsular who was born in 1780. He became better known as Dic Aberdaron, an itinerant with a peculiar gift for languages. He was particular interested in ancient languages which it was claimed he could speak fluently, though how anyone could judge his proficiency  in North Wales  is another issue altogether.

He died in 1843 and is buried in the grounds of St Asaph Parish Church. 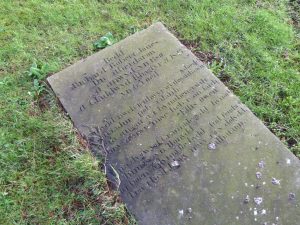