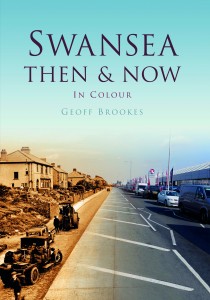 Swansea Then and Now was published by History Press in October 2012 and has a very simple concept. Pictures of Swansea in the past are compared with the same place today. That was the idea anyway, and in doing this I was very fortunate indeed in the pictures that I was able to use. They are not artificial or posed; they are a window on ordinary life in Swansea in the twentieth century. 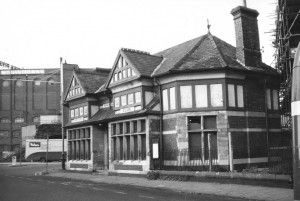 The pictures are arranged to form a meandering wander through Swansea which starts at Village Lane in Mumbles and works its way back to Singleton, then up to Sketty and Killay. Then we drop down to Gowerton briefly before heading to Cockett and Gendros. Soon we are in Morriston and the eastside and then into the city entre to end the journey at High Street station. There are 45 different scenes which I am sure you will recognise.

It is fascinating to see how the city has changed. 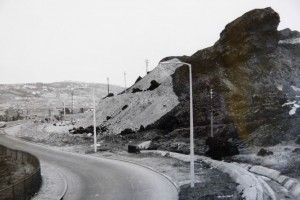 This is the White Rock Tip in Pentrechwyth before it was removed. Dark and threatening, a startling landmark to us; an everyday sight in 1968. This breathtaking picture gives you a sense of the dead landscape that the Lower Swansea Valley became. This is where our ancestors lived, amongst the largest area of industrial dereliction in Europe. It is impossible to think that people could ever live here. This was the Swansea Valley. Watered by constant rain. And as fertile as the moon. The vegetation of the valley was destroyed and the high rainfall washed away any topsoil that here once might have been. The area was sterile. This is the edge of the White Rock Tip in Pentrechwyth in 1968.

This is the out patients department of the Swansea Hospital on St Helen’s Road, after the German Bombers gave it their very special attention in 1942. 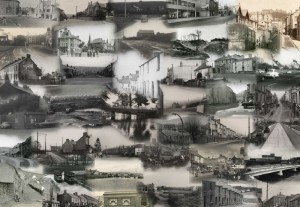 I no longer have copies of this title available for sale on this website. However, it is still available from on-line stores and in bookshops

Here is a link to the book on Amazon

If you would like to buy a copy of one of my other books, then click on this link You will be taken to the How to Buy page  where you can pay using Paypal. Cards are also accepted.

Alternatively, click here to return to the Home page