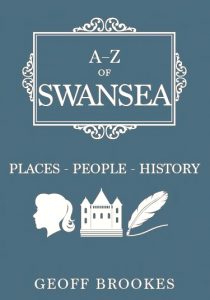 The book has a very simple concept. It has a story from Swansea’s rich history for each letter of the alphabet. It has been a book I have really enjoyed writing and it has given me the chance to explore some unexpected details as well as an opportunity to look at more familiar stories in my own way.
We start with the sad – and sometimes unpleasant – history of the Assembly Rooms in Cambrian Place before looking at Thomas Bowdler, perhaps Swansea’s most  important literary figure. After all, who else has their very own word still in common use in the English Language?
And so we move through the alphabet via Constitution Hill, the remarkable exploits of our very own WWII RAF hero and the terrible story of Badfinger, Swansea’s remarkable contribution to the world of popular music, a story which reaches an awful conclusion. In addition we examine the unexpected part Swansea played in the Lusitania disaster and how, following the visit of a tank in 1918, there were concerted calls for Swansea to be made the capital of Wales.

Find out why ‘O is for Orange Peel’  Ask yourself, why did the police arrest members of the Salvation Army on Quay Parade? I have included, quite naturally, ‘Ff is for the Fforestfach Show of 1909’ and ‘Ll is for Llys Newydd, Arsenic for the People.’
That actually makes 28 letters in total but you would be disappointed if I left them out.
Finally we complete the journey of the A-Z of Swansea with the story of Zeno, who may have been a spy but who certainly killed the manager of the Mackworth Hotel in 1958.
A-Z of Swansea is fully illustrated in colour and includes two brilliant pieces of original artwork by Jason O’Brien.

Sold Out. Sorry, I have no copies remaining for sale. However, the book is still available on-line, electronically and in bookshops. It has been a popular title and most people seem to have enjoyed it. I certainly enjoyed writing it. 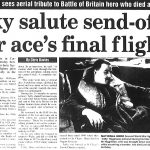 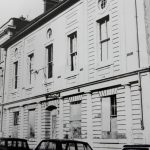 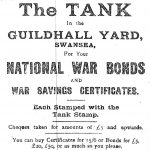 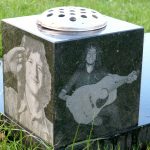 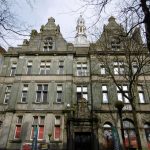