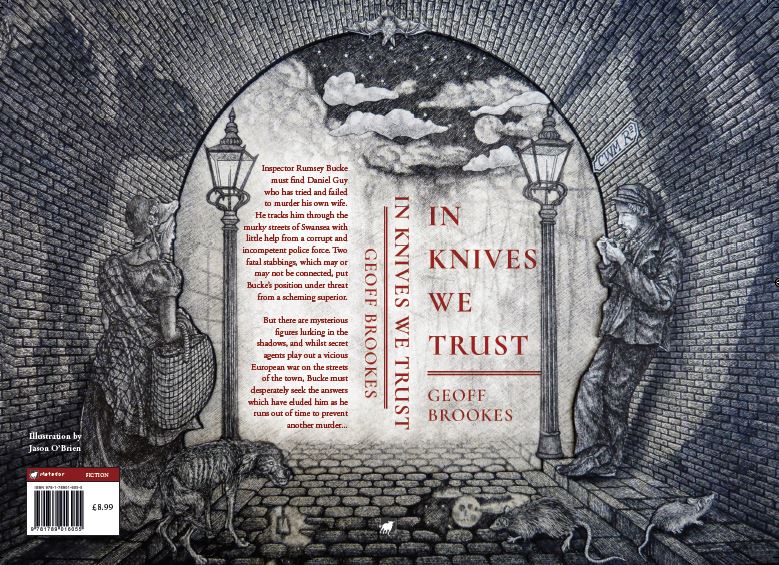 I am pleased to announce that my first novel – In Knives We Trust – will be published by Matador in January 2019 – price £8.99. It will also be available in all e-book formats. I will also have advance copies available here on the website in December, in time for Christmas.  As you can see, it features a brilliant cover illustration by Jason O’Brien.
The novel is set in Swansea in 1880 and is intended to be the first in a series of novels about Inspector Rumsey Bucke. In the first book, Bucke, who is still struggling to come to terms with the death of his wife and children, has to find Daniel Guy who has tried – and failed – to murder his own wife. Guy disappears  into Swansea’s poorest communities, and an incompetent police force is unable to find him. Two fatal stabbings, one on Green Dragon Street and another in the Uplands, put Bucke’s position under threat from a devious superior.  However, he finds the will and the support to change his life from an unlikely source and as he finally confronts his own sorrow, he discovers that terrible secrets lurk beneath the surface of the ordinary lives around him. No one can ever escape from the secret burdens they carry with them. But there 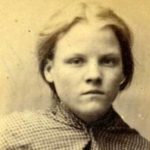 are unknown figures lurking in the shadows and  assassins are involved in  a clandestine war on the streets of the town, ready to kill the innocent to protect themselves.  Who is the murderer? Is it Daniel Guy? Is it someone else? Just how many murderers are there? And if, as they say, justice is blind, are there occasions when the law should be blind too?
There will be more news when the advance copies arrive.